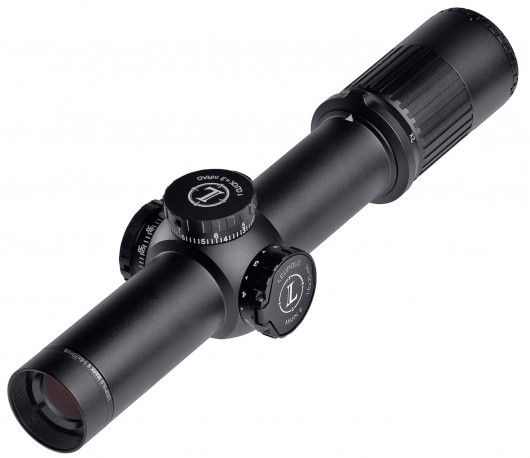 All right, I’ll admit it. I’m a bit of a snob when it comes to optics. I like good rifle scopes, good binoculars, good spotting scopes, and good camera lenses. I really like good glass, which is to say, expensive glass. This is not to say there aren’t decent optics, or optics that are good bargains for the money at lower price points, but I’ve long held that optics is one area where you really do get what you pay for.

What you get, however, may not be obvious. Standing there in the store (or worse yet, staring at a picture and a bunch of incomprehensible specifications online) it can be hard to tell what separates a $3000 scope from a $300 one. So what does paying a grand or more for a scope actually get you?

First and foremost, paying more for an optic will usually get you better optical clarity. Images will be sharper and more distinct, making it easier to make out fine details. Colors will be more accurate. These differences will be particularly noticeable at long distances and in low light. This makes it difficult to evaluate one optic against another in the store. It’s easy to make an optic that will look good under bright fluorescent lighting at a few dozen yards. It’s much harder at twilight at 500 yards.

As mentioned above, in most variable scopes the reticle is only intended to be used at one magnification. This is called a Second Focal Plane (SFP) reticle. Higher end optics are increasingly adopting First Focal Plane (FFP) reticles. These can be used to hold elevation or windage at any magnification level. Scopes with FFP reticles are more expensive to produce. They also require more care in reticle design, lest you end up with a reticle that’s either too fine to see at lower magnifications or too coarse to use effectively at higher magnifications.

One of the things you get with more expensive optics is simply more glass, in the form of a larger main tube diameter. The standard for inexpensive scopes in the U.S. is generally a one inch tube. More expensive optics will often use a 30mm or 34mm tube. This may not seem like much of a difference but keep in mind that the area increases in proportion to the square of the diameter. A 34mm tube has over 75% more area than a 1in one. This larger area contributes to the increased low-light performance mentioned earlier. It also gives rifle scopes a wider range of adjustment, allowing you to dial for more elevation for farther shots.

More expensive scopes generally have much more accurate, consistent, and repeatable adjustments. The gears inside cheaper scopes are often made of plastic. Even if they’re advertised as “one MOA per click” that may not be what you get. Clicks may actually give you 0.9 MOA, or 1.1 MOA. The gears may even slip and give you an inconsistent number of MOA for a given number of clicks. This is not so important if the only time you make adjustments is to zero the rifle. If it takes 5 clicks to more the point of impact over 3 inches instead of 3, it may just mean a few more rounds of ammunition expended in the zeroing process. If you’re going to dial in elevation adjustments, on the other hand, it’s very important. If you’re dialing in 20 clicks for a long range shot, you need the scope to give you the same adjustment each time.

This difference between using a scope’s adjustment solely to zero and using it to adjust for elevation can also be seen in the adjustment hardware itself. Simple hunting scopes often have adjustments that require removing caps and may need a tool (a screwdriver or coin) to operate. Scopes that are intended for field adjustment usually have tool-less turrets.

Making the adjustments easier brings its own problems, however. You don’t want the turrets moving accidentally. More expensive optics may have locking turrets, which require pressing a button in order to adjust them. The other turret feature seen on some sort of more expensive optics is a zero stop. One of the problems you can run into when dialing large adjustments is that if it requires more than one complete revolution of the turret then simply turning the turret back to the “0” mark may leave you a full revolution away from zero. A zero stop feature makes it easy to get all the way back to your original zero; just turn until the turret hits the stop.

For historical reasons, scopes have generally used reticles graduated in angular mils and turret adjustments in minutes of angle (MOA). This mismatch requires the shooter to convert between mils and MOA depending on whether he wants to hold over or dial in an adjustment. This not only creates extra work for the shooter, it adds another potential sort of error. These days, higher end scopes with graduated reticles often sport mil adjustments to match the reticle, or a MOA reticle to match the adjustments.

Modern scopes often have enough light gathering capability that you can see the target in considerably lower light conditions than you can see the crosshairs. Black crosshairs on a black background doesn’t exactly make for good visibility. Many scopes are now offering illuminated reticles to compensate for this. Simply having a illuminated reticle is not a panacea, however. The illuminated reticles of many moderately priced optics are bright enough that in very dark conditions even on the lowest setting they will impair your night vision, meaning you can see the reticle but not the target. Better optics have lower brightness settings, particularly those that are advertised as “night vision compatible,” making this a desirable feature even if you don’t intend to use the optic with a night vision device.

As should be obvious by now, a many of the features that make a high-end optic better don’t show up on the spec sheet. Scope makers don’t advertise any objective measure of optical quality, accuracy of magnification, accuracy and repeatability of adjustments, or the brightness of their illuminated reticle’s lowest setting. This is part of what makes it easy for folks who haven’t had any experience with really good glass to pooh-pooh it. It also makes it hard to know whether a particular optic is worth the money. Even if you can find one to handle in the store (and most gun shops don’t even stock $2000 optics) they’re not going to let you take it out in the field to test in realistic lighting conditions or put it on a rifle and test the adjustments before you buy.

So how do you evaluate good glass? You really have to rely on others. Read reviews, talk to people who own the optic you’re interested in, etc. Make sure that the people you’re relying on know what they’re talking about. Someone who’s never used an optic costing more than $100 probably isn’t a very good source of information. Even with true experts, you have to be careful. Just because an optic is very high quality doesn’t necessarily mean it will fit your needs. Some of the expert’s likes and dislikes about the optic may not matter to you, and the features that are very important to you may not even be on his radar screen. You need to understand your own context and requirements, as well as the context that the expert is coming from. The further their context is from yours, the more you should be looking at the assessment of individual characteristics, rather than the scope as a whole.

Up next What's the Mission? Yesterday, a poster on Warriortalk asked for an optic recommendation for his SIG 556. My reply was quite succinct: “Intended role?” As a matter of 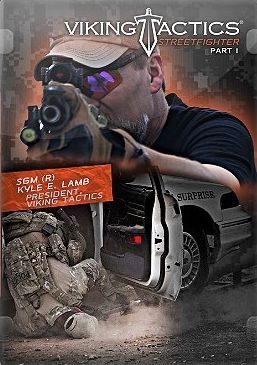