I recently got a pair of Suarez International v3.0 Suppressor Tritium Front and Rear Sights (that’s quite a mouthful). These are suppressor height night sights, intended in my case for use with my RMRed Glock 17.

Given that this gun already has a red dot sight on it, you might think that adding night sights would be rather redundant. They’re not.

One of the fundamental issues with pistol mounted red dot sights is the eye box. This is the area where you can look through the optic and see the dot. You can think of it as a beam of light projected backwards from the optic. Your eye needs to intercept this beam in order to see the dot. If it doesn’t, the dot is invisible. The trick is making sure your eye is in the right place. 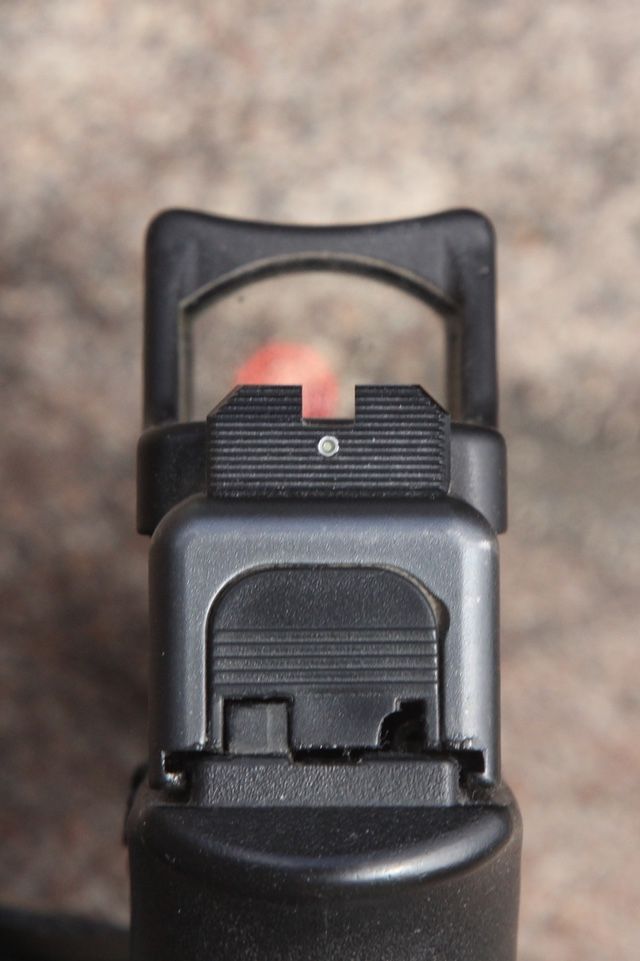 With a red dot mounted on a rifle, this is easy. Your cheekweld pretty much takes care of it for you. With a handgun mounted red dot, you need to actively get everything lined up. This is why SI has always emphasized the need for usable iron sights on RMR installations. The iron’s aren’t primarily there for backup, they’re there to provide guideposts to getting that correct alignment. Anyone who’s trained with irons is already used to lining up the sights in order to aim. With the red dot, you don’t even need to line them up very precisely, even a rough alignment will get you close enough to put your eye in the eye box. From there your focus will shift instinctively to the nice bright red dot. It will take over and you use it to put the gun precisely on target.

In daylight, the suppressor sights work just fine. At night however, it can be hard to see the iron sights. In situations where there’s some light available (a typical residential street or WalMart parking lot, for instance) there are enough visual cues to help get the gun lined up well enough to use the red dot. In truly dark conditions though, it can be quite difficult. If you practice it can be done using body index alone, but this gets much harder if you’re moving, or trying to aim the weapon one-handed.

The obvious solution would seem to be the same as an iron sighted gun: tritium night sights. Traditional night sights present some unique issues when combined with an RMR, however. The problem is not so much at night, but during the day. Most tritium night sights are designed to mimic traditional three-dot pistol sights. They have thick white rings around each tritium vial to make them look like a white dot in daylight. This is not the best setup for use with an RMR. Three white dots plus the red dot creates a very busy sight picture. The white dots don’t fade into the background once the red dot is visible the way black iron sights do. This is why TSD has always shipped their RMRed slides with flat black suppressor sights rather than the three dot type. At night the red dot will generally overwhelm the tritium vials, so it’s less of an issue, but having the three green dots of the night sights does still complicate the sight picture somewhat.

Given this tradeoff, I never fitted my RMRed Glock with 3-dot tritium suppressor sights. I actually did consider getting a second RMRed slide with night sights for dedicated use as a bedside gun, but that never worked it’s way to the top of my priority list.

There is an alternative to the three dot style of night sights, however. Most of my non-RMRed Glocks are equipped with Heine sights. Heine doesn’t put a white circle around the tritium vials of their night sights. This makes the vials much lower profile during the day. They’re still there if you look for them, but when using the sights they fade into the flat black serrated sights and your eye naturally ignores them. Heine also offers their night sights in a straight eight configuration. Rather than having two tritium vials in posts of the rear sight, there’s only one, located below the notch. Rather than trying to get three dots lined up (and wondering which is the front and which is the rear) you just have to put one dot above the other, like the number 8.

I have always liked this configuration, and thought it would be really ideal for an RMRed Glock. Unfortunately, Heine has never made suppressor height night sights, leading me to stick with the flat black sights on my RMRed Glock. That’s why I was very excited when I saw that SI was coming out with a set of suppressor height night sights in a straight eight configuration, with no white rings around the tritium vials. These are the sights I’d spent years waiting for. I ordered a set right away. 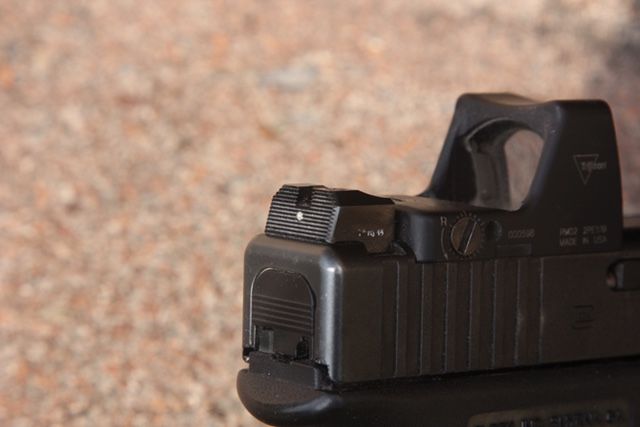 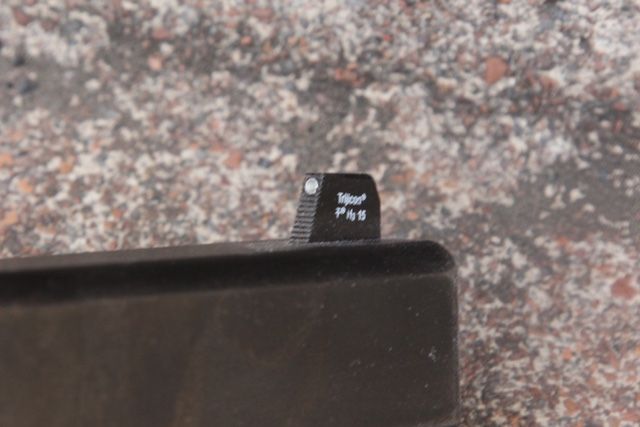 I received the sights week before last and installed them in a factory Glock slide that was milled for an RMR by TSD back in 2011.

The front sight is of the standard Glock configuration, secured by a hex screw inside the slide. A bit of loctite and a quick twist with a Glock front sight tool and it went right in.

The rear sight has a pair of lock screws to keep it in place. However, it took enough effort on my rear sight pusher to get it in place that I’m pretty sure it’s not going anywhere even without the screws (I cranked them down and loctited them after I was done sighting in anyway). The rear sight is actually serrated on both front and back. If you don’t pay attention when you’re getting ready to install it you could end up putting it in backwards (guess how I found this out). Thankfully, I had only pushed it in a short ways before I noticed. 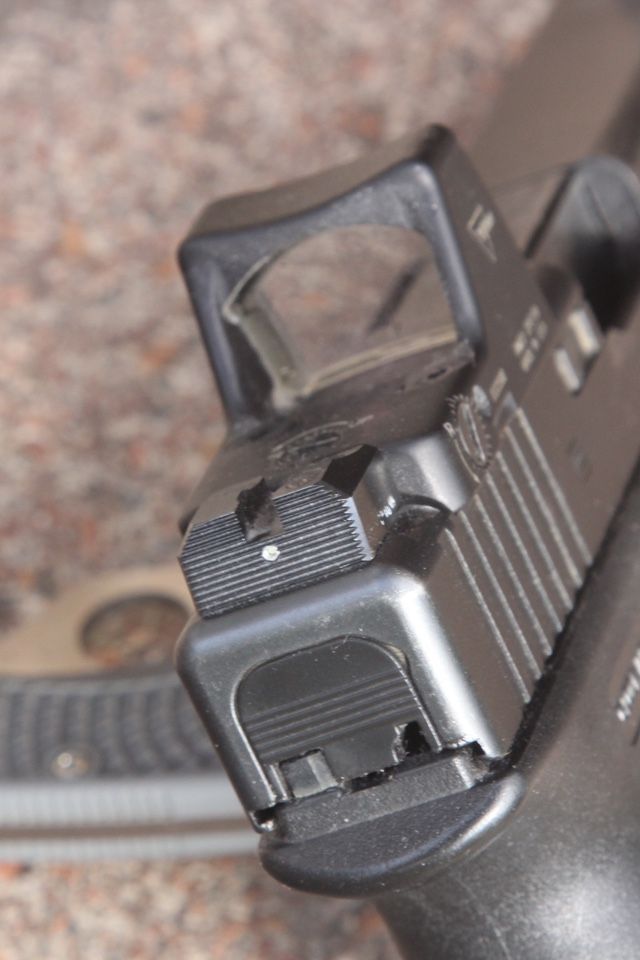