Much debate has centered around the reliability of the AR platform. In particular, the idea that, “It shits where it eats” (that the direct impingement system diminishes reliability by depositing carbon buildup in the receiver) gets a lot of play. The reality is that the AR is a lot more tolerant of carbon fouling than many people believe. Keep it lubricated and it will run.

The AR’s real weak point from a reliability perspective isn’t carbon buildup, it’s material from the outside environment getting into the rifle. Sand, dust, dirt, and grit will cause much more significant problems than carbon fouling.

Thankfully, Eugene Stoner recognized this issue and provided us a solution for it: the dust cover. The AR is designed to operate as a largely sealed system, not allowing dust and dirt into the action. This works well as long as you keep it sealed. If you do allow stuff to get into the receiver, the sealed nature of the system means there’s no way for it to get out. The key is to keep the system sealed up as much as possible.

Closing the dust cover isn’t rocket science. If you have long fingers and are shooting right-handed, you can use your index finger to push the dust cover closed. If this is too long a reach, wrap your support hand around the front of the magwell and use the middle finger. When shooting left-handed, run your hand up the front of the magwell and use your thumb. However you do it, keep doing it until it becomes a completely unconscious habit.

The other major entry point for dust and grit into the system is the magazine well. The solution is simple, always keep a loaded mag in there. This is generally less of a habit issue and more of a policy problem. Government agencies that issue people rifles are often deathly afraid of those people actually loading them, mandating that they be carried without magazines. For many years, the U.S. military mandated empty magwells on rifles inside the wire in Iraq and Afghanistan until insider threats made this policy untenable. So in two of the dustiest, sandiest environments on the planet, the mandated leaving open a gaping hole, allowing that dust and sand to penetrate the rifle. Many police agencies are afflicted by similar fears, mandating empty magwells on patrol rifles.

If you are employed by such an agency, and aren’t in a position to get away with simply ignoring the stupid policy, there are companies that make magazine well plugs which cannot hold ammo, but provide a means of sealing the magazine well. 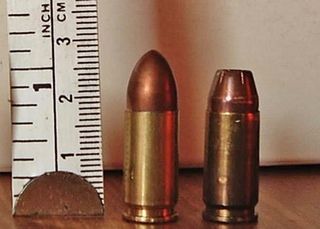